A Smart contract is a self-executing contract in which the terms of the agreement between the buyer and the seller is directly written into lines of code. The code and the agreements contained in the contract exist across a decentralized and distributed blockchain network. Smart contracts allow for trusted agreements and transactions to be carried out among anonymous parties without the need for a governance, legal system, central authority or external enforcement mechanism. They render transactions to be more transparent and irreversible. Blockchain initially developed for the Bitcoin has slowly transcended in to various other verticals and aspects of technology. 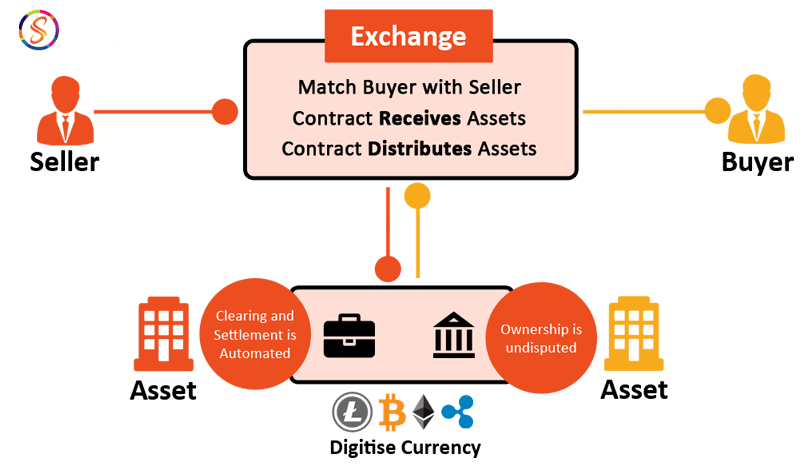 Blockchain technology is far bigger than just Bitcoins. The levels of abundant security achieved by these cryptocurrencies have demonstrated the world that this not so new trend of blockchain technology can provide intangible and efficient technological advancements, similar to how the internet has grown this far. We should always keep in mind that blockchain is a powerful technology that is capable of executing complex operations, understanding more than just how many Bitcoins you currently have with you in your digital wallet. This is where the idea of smart contracts kicks in. Smart contracts have started becoming a cornerstone for major enterprise blockchain applications; It is highly likely that it would become one of the core pillars of the blockchain technology.

The Traditional and physical contracts like those created by legal professionals contain legal language on vast amounts of hard copy documents and heavily rely on other third parties for enforcement or independent bodies. This type of enforcement is not only time consuming, but also very ambiguous and often times on the expensive side. If things go astray or in case of any fraud mishap contract parties often are forced to rely on the local or g public judicial system to remedy it which can be tedious and time consuming.

Smart contracts are created by computer programmers with the help of smart contract development tools available that are digital and compiled using programming code languages such as C++, Go, Python, Java. These codes define the guidelines and consequences the same way a traditional legal document does. Stating the obligation, penalties and benefits that the contract implies with either party in different circumstances; a distributed ledger system executes these codes automatically

Because smart contracts work like computer programs, it is very important that they do exactly what the parties want them to do. This is achieved by inputting the proper logic when writing your smart contract. The code behaves in predefined ways and doesn’t have the linguistic nuances of human languages, thus, it has now automated the “if this happens then do that” part of traditional contracts.

The code is then encrypted and sent out to other computers via a distributed network of ledgers (i.e. Distributed Ledgers). If this is done via public permissionless blockchain such as bitcoin, the contract is sent out similar to the way that a network update of a bitcoin transaction would occur. This can also be done in a permissioned or hybrid distributed ledger platform such as the R3 Distributed Ledger.

One the computers in this network of distributed ledgers receive the code, they each come to an individual agreement on the results of the code execution.The network would then update the distributed ledgers to record the execution of the contract, and then monitor for compliance with the terms of the smart contract. In this type of system, single party manipulation is overted because control over the execution of the smart contract is no longer possible because execution is no longer in the hands of a single party.

Here are a few reasons why smart contracts are more preferred

The blockchain is already a disruptive technology, and with these benefits – the potential behind smart contracts is another facet to be excited about.