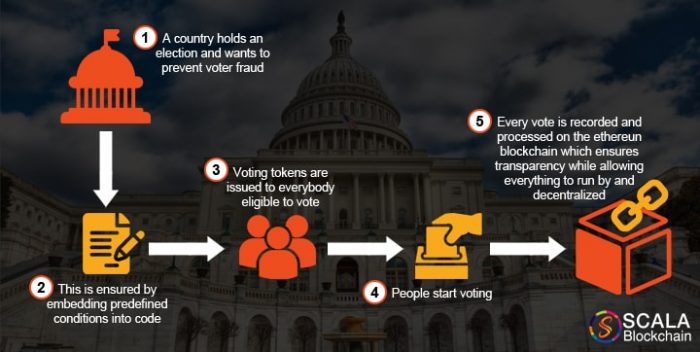 Election is an important process in the modern day democracy as it decides the future and fate of an entity be it a Nation, State or a Company. However with the current working process of elections there are lot of unethical practices followed. Some of the prominent democracies in the world such as US and India have been a victim of the malpractices from time to time for many decades. With the recent ones being the controversy of the election for the US presidency being rigged in 2016. Though many technologies and platforms have been proposed, most of them have failed in address these issues.

The biggest problem that surrounds the current voting system is the transparency. Whether it is India or the US, transparency is the key problem. There is a level of opaqueness in the whole system and even in places where the government claims transparency, there is no way to verify or make sure it is the complete true fact. Also the counting process of votes either manual or digitized should be in full transparent view of the public and the result should be updated live then and there.

The recent claims of fraud and conspiracy with the 2016 elections, it is the need of the hour that a better solution and technology needs to in place of the old one. In countries like India where the voting and counting the ballot is done by means of electronic devices, it becomes a dire necessity. Some of the issues the current voting system faces are 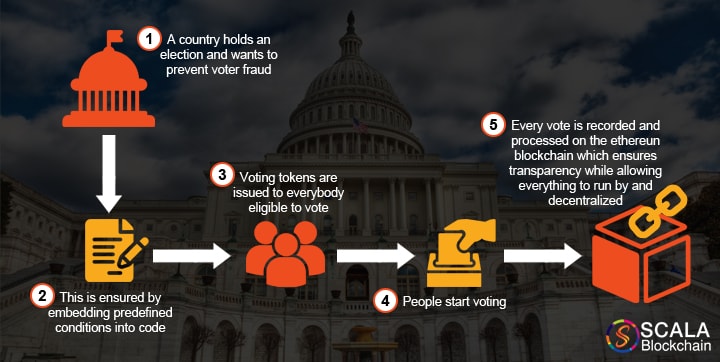 With the help of blockchain, most of the aforementioned issues can be resolved. Blockchain, being a decentralized and distributed ledger that uses complex cryptography to conceal all and each of the entity block’s identity; with a closed chain of peer to peer network that brings together distributed time-stamping.

A fast growing blockchain firm with expertise in delivering quality products, solutions, service and consulting in the tech side of things; Scala Blockchain (www.scalablockchain.com) looks to tread new roads with the prominence of Blockchain technology being optimistically possible. As the horizon of blockchain in various aspects of technology being explored, it is only imminent that businesses would indeed adapt and move toward blockchain base in the foreseeable future.