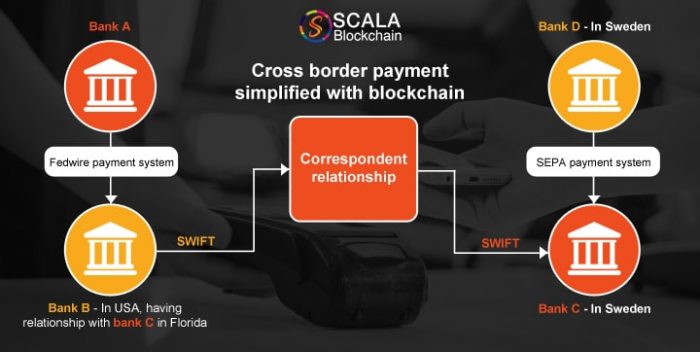 Exchange of currencies for goods and services from a country using one currency to another is complex task. The international trade of export, import and outsourcing entirely depend on fiat currencies. The reason being the adaption of different currencies and exchange rate; Most of many third-party players come in-between to regulate the process and in-turn get a share of the pie as fee. Many attempts have been made introducing different technology to encounter the shortcomings in the process, but most of them have failed at it. With the wake of the 2008 economic crisis and the collapse of financial giants, blockchain technology was proposed and came into existence. Over the years it has grown, evolved and proved that it is not a fad, but the future underlying technology of finance in the coming years.

According to the recent McKinsey & Company 2016 report, by 2020, the majority of global payments industry would generate an estimated $2.2 trillion in revenue; over $400 billion more than 2015’s $1.8 trillion figure. Looking ahead, the digital innovations are expected to continue being a core disruptive element in the payments and fintech industry. So for banks to remain competitive in this industry with a changing landscape they would have to drop their additional costs and service charges for international payments from 90 to 95 percent, according to the report. At this point of time for a bank to execute and complete a cross-border payment via legacy correspondent banking agreements, the average cost is between $25 to $30, which is a whopping 10 times more than for a domestic automated clearing house (ACH) payment, the report adds.

Considering the current scenario, many prominent players in the payments industry are already exploring the possibility of using a distributed ledger to cut down on cross-border charges, and costs and help speed up transactions. With demand from the consumers being payments at a lightning pace and better customer service around international transfers, the blockchain holds the key potential to change the global payments market and the demise of the expensive system we are using.

There are many issues faced by an individual or an entity when they remit money across borders. These transactions are brought under regulatory authorities of the corresponding party’s countries. These bodies monitor the flow of funds in the international circuit in order to avoid any illegal activities. This is all well and good, but the issue arises when a party has to pay more than the quoted amount in order to bear the expenses and service fee at the different levels. This would also mean the receiver of the fund is subject to a internal taxation for receiving funds from overseas. Also, the exchange rates between fiat currencies are not stable with a handful of currencies dominating the whole market space.

With the introduction of bitcoins and Cryptocurrencies dawned a new era in Fintech. Who would have thought that such complex problems would be solved so easily? In the last decade, bitcoin and Cryptocurrencies have been a beacon of hope for companies and individuals and companies exercising cross-border payments.

The most important feature in the Cryptocurrency and blockchain is that there is an extinction of middlemen or third-parties. It is a completely peer to peer network. Here is how a Cryptocurrency works 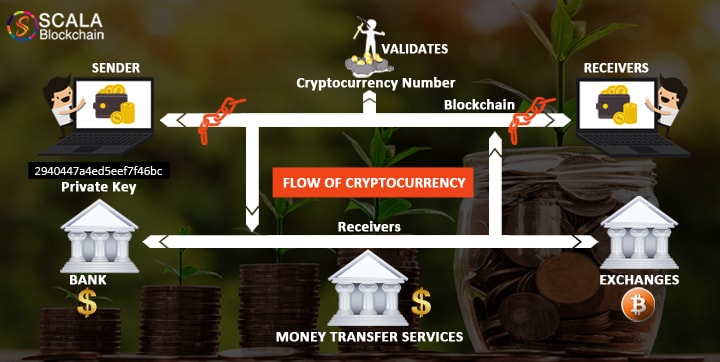 When the middlemen are extinct the process becomes less complex and inexpensive. If 2% is the transaction fee, it seems negligible. But imagine a 10 step supply chain; this adds up to 20%. By eliminating the middlemen, you would save yourself a load of cost and time. These kinds of transactions are happening in the economy right now and bringing it down. Though supply chain has proved to be effective in reaching places and making things more accessible, it has proved to be inefficient in many other ways such as this. 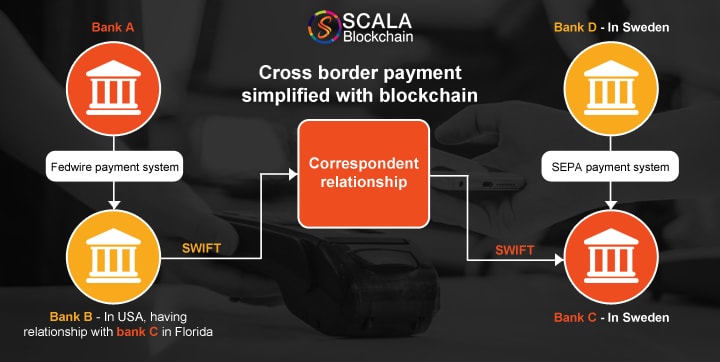 But the introduction of blockchain changes all that. With the middlemen eliminated and decentralization becoming a practical possibility, it could have a huge impact on the economies of the world. Blockchain provides support to formation of much more complex value networks. Add in the possibility of encrypting your identity and you have one sweet, virtually impenetrable and secure platform for transaction to move forward. This in-turn takes transparency to another level.

With the success of the Cryptocurrency “Bitcoin” which is built on the blockchain technology, it is undeniable that blockchain is going to be the future in the tech industry.