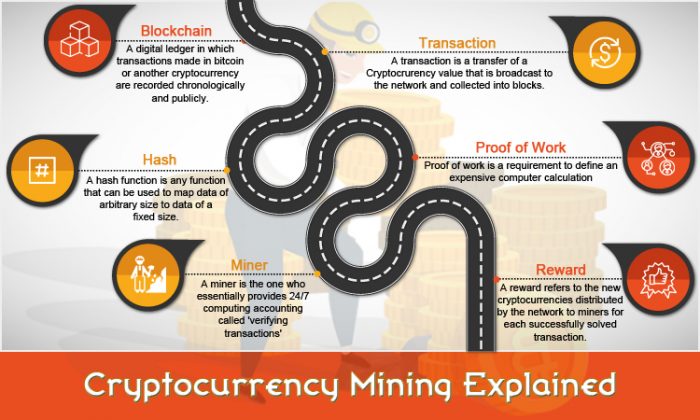 Cryptocurrency market exploded in the year 2017. It was worth half a trillion dollars during Dec 2017. Even people with less knowledge in cryptocurrencies started investing in it as nothing else gave them an overnight return. The process itself of investing in cryptocurrencies is dead simple. However, it might go to zero because the masses panic and sell even if the price drops a bit. So, what is a cryptocurrency, the buzzword on everyone’s lips?

Often called as the money of the future, cryptocurrency is a digital asset with strong cryptographic security allows the users to transact the virtual assets. Blockchain is the underlying technology behind cryptocurrencies. Blockchain is basically the growing list of blocks interlinked with cryptographic hashes making it very difficult for anybody in the network to change the data in the blocks. This is because the ledger is distributed among all the nodes in the blocks. Bitcoin (a cryptocurrency) being the first use case of the blockchain, was an innovative new kind of virtual money which solved the double spending problem. It is (at the time of writing this article and will be) the cryptocurrency with highest market cap standing at a staggering 115 billion US dollars. No matter whether you mine cryptocurrencies or not, trading cryptocurrencies require a secure digital wallet for mobile and desktop. 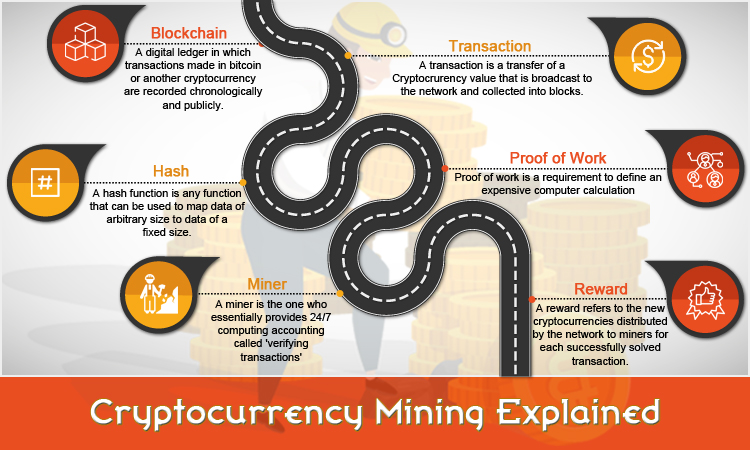 A typical real estate transaction involves two parties, that is the buyer and the seller, agreeing to pass the deed and the money to each other. The transaction also calls for particular legal documents in order to make the transaction legally authorized.

When you exchange or trade fiat currencies, the financial institutions charge you commissions. It is a centralized third-party which facilitates the trust between the sender and receiver. Cryptocurrencies eliminate the third-party by distributing the trust among the network of computers or nodes. So, when you transact the cryptocurrencies, there will be nodes which verify transactions and add it to the network is called miners. Miners usually get a small percent of the transaction as the reward.

Technically, miners verify the transactions by solving the mathematical problems in the blocks. This is called as “proof of work” with which they simply provide bookkeeping service.

There are certain requirements to become a cryptocurrency miner and there are factors which determine the profitability. Some of the factors are the hash rate, block reward, difficulty, power consumption and pool fees among others. During the initial days of bitcoin, the mining difficulty was very low and hence a CPU was enough to mine bitcoins. As the nodes continue to grow and thus the hashing difficulty increased. CPU was not enough and everyone eventually moved to GPUs considering their high hash power. Few companies even took advantage of this and developed miners specifically designed to mine bitcoins and similar decentralized cryptocurrencies. Now, mining with GPUs is no longer profitable because of the power consumption and increase in hardware costs.

However, mining with GPUs in other decentralized cryptocurrencies is still profitable keeping in mind you should check the factors determining the earnings. It should be noted that the earnings of cryptocurrency mining have been steadily declining as the hash rate and block difficulty keeps on increasing day by day. Miners are compensating it by buying more hardware to keep mining the same amount of crypto. Some investors invest in cryptocurrencies by doing thorough background research and full analysis of whitepaper; whereas the masses keep on investing and withdrawing without doing any proper research. This put the entire cryptocurrency market in a highly volatile situation. Mastering how to distribute the cryptocurrency will make you reap the benefits.

You can create your own cryptocurrency with the support of scalablockchain team and launch your own ICO.

One thought on “Cryptocurrency Mining Explained”