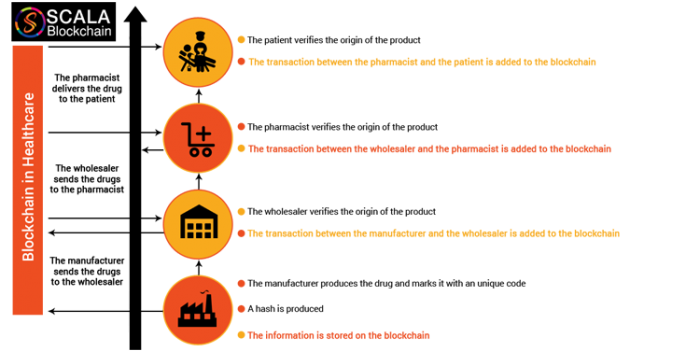 The Healthcare industry is taunted by the widespread existence of counterfeit, expired and unapproved drug. Studies show that the number of people dies each year by consuming these aforementioned and illegal drugs are high. This has baffled experts for years, trying to look for ways in which they can streamline the process and workflow in the pharmaceutical sector. Many attempts were made to address this issue, but with no probable outcome.

WHO estimates that from 10% to 30% of the drugs currently sold in developing countries are counterfeit. Which means that almost 3 among 10 drugs available in the market may be counterfeit. The counterfeit drug market is said to be worth more than $200 billion. With the drug availability on pharmaceutical, e-commerce and internet sales this counterfeit drugs account for another $75 billion. About 60 different Pfizer medicines and products were being counterfeited around the world as of 2014; WHO also estimated that almost 16% of counterfeit drugs contain wrong ingredients and compositions, whereas almost 17% contain the wrong levels or amount of necessary ingredients.

The reason for illegal corporations to get away easily with these kinds of activities can be blamed on the technology or system, as they are not competent enough to handle these sorts of challenges. The drug manufacturers exploit these situations and make billions of this gray area.

Blockchain brings it attributes which sets it apart from the rest to any industry we apply it to, including the healthcare industry. Some of the fundamental attributes that Blockchain boasts of are

As spoken about earlier, Pharmaceutical is a very serious thing to consider as it saves lives. The above-mentioned attributes for Blockchain can be applied and helpful in tracing a drug’s history from the time of manufacture to retail dispensing. 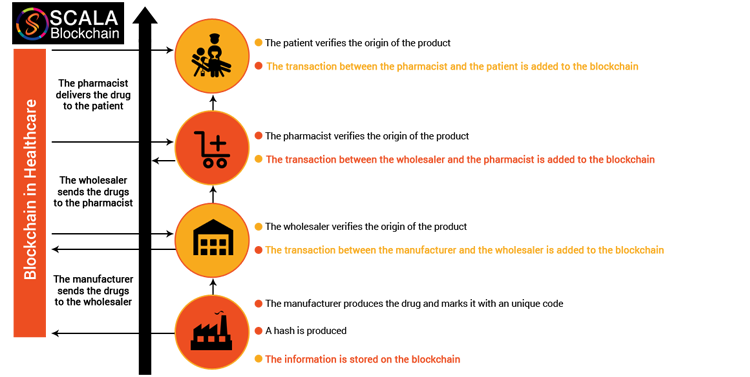 All the activities in the drug cycle and transaction added to blocks which are immutable and time stamped; that makes it easier to track the products and make sure the data cannot be altered. As the data is stored on a decentralized and distributed network the transparency level is comparatively higher.

To ensure that the drug is authentic a chain of events can be recorded in a Blockchain network as it passes through the various levels in the supply chain. This can be done effectively by programming smart contracts.

With the given case if the manufacturer of the drug produces let’s say 1 million units of a particular drug with a particular composition; they can be sure that the same quantity is being sold in the market without any counterfeits.

One thought on “Eradication of counterfeit drugs”