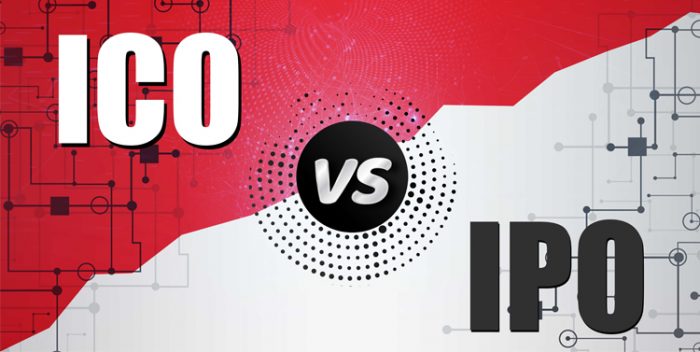 IPO or the Initial Public Offering was the talk of the financial and corporate town in the bygone era. A private company can go public by sale of the company’s stocks to general public.The company could either be new and young or an old one that has made a decision to go public and be listed on an exchange.

Startups from previous decades have thrived and established themselves as Juggernauts of this era. This wouldn’t have been a reality if not for IPO. With the market growing diversely and changing rapidly, in this digital day and age, it comes as no surprise why experts foresee the extinction of IPO, as the decline is on and inevitable.

As history has reminded us from time to time that a better empire rises with the fall of its predecessor. This is the case with IPO as well. With the financial world is changing for the best with the widespread use of cryptocurrencies ICOs are the hot new thing in the blockchain community. They are an alternative to crowd funding, and have the potential to transform the way companies capitalize themselves. 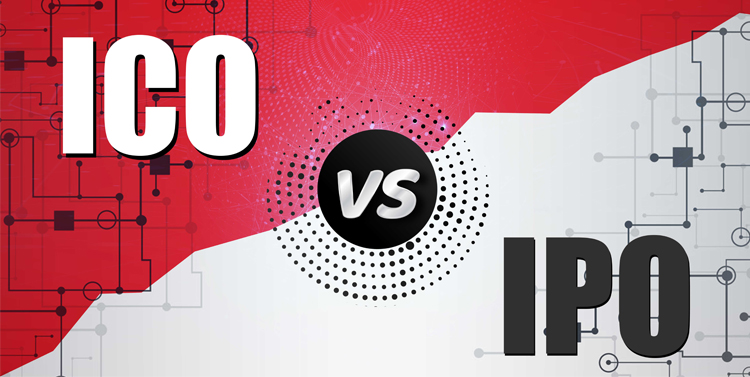 An initial coin offering (ICO) is the creation and sale of digital or virtual tokens on a blockchain distributed public ledger. As mentioned earlier it is a vital tool for raising working or venture capital from the public to financially support a new project, start-up or an upcoming business.The concept and idea is roughly equivalent to the initial public offering (IPO), a private company going public and selling its shares. But there are few crucial differences between an IPO and an ICO. Off-late the ICO vs. IPO has become a viral conflict of interest in the digital world. Some experts predict that the extinction of IPO, while ICO conquers its market space and utility is inevitable.

Some basic pointers as to why ICO gets a better edge in the ICO vs. IPO contest

The transparency of the operations within the company; Companies cannot fake the credentials and data in total raised fund, goods and service movement, profits, and few other details which acts as a pivotal factor for raise in share value.

Similar to the base level legal aspects of the IPO; ICO constitutes the white paper. White paper is a document that delivers the outline key information of the project, such as its purpose, milestone predictions and working mechanics. Although, it’s necessary to note that there is no standard for an ICO whitepaper; any project could construct a white paper with the ability to include or exclude any information they deem fit and necessary.

IPO offers stakes that can be used only as an asset, though in most cases it cannot be used as a legal tender. This is not the case with the ICO. Also the rate of appreciation is much higher in ICO’s compared to IPO. Any cryptocurrency’s value directly correlates to the perceived utility of the currency. Few digital tokens generate value by conferring a stake in the future revenue of the projects, while some equate its value to usage within its operating ecosystem. So in simple terms, the more adoption the crypto tokens get, the higher the value and appreciation.

Accessibility to the offering

In IPO the share occurring is almost impossible for masses. People can only buy the stocks once they are traded on exchanges. In ICO users can trade from one exchange to another as most crypto tokens are based on a blockchain platform.

IPO’s have a number of aspects to consider like legal and compliance processes included in them before they go public; Whereas ICO’s have a shorter duration of offering. Once a white paper is conceived and a smart contract for the public sale is finalized, the offering can be initiated.

Even with the speculation of no prominent regulatory body or control over the ICO entity, the current scenario cannot be denied that investor’s preference is gradually shifting towards ICO. The shift in the tide is mainly attributed as the time period and profit to investment ratio is high.

ICO- What to expect

For investors and consumers

When there are numerous solution providers and consultants in the ICO creation arena, only a handful of them stand out. Scala Blockchain is one such blockchain based company offering future ready ICO creation, integration and working solutions; In addition it is the go to place for ICO consulting, Scala based blockchain and cryptocurrency consulting.

Successful ICO of the recent past

ICOs have become the go to method for raising funds for enthusiasts and cryptocurrency startups. Not all ICO raise enough and meet expectation, most of them have had no problem selling all the available tokens quickly but some have had to play the wait game. Some major cryptocurrency ICO projects have raised a load of money.

Below listed is an overview of the most successful ICO projects in terms of funding throughout so far. Evidently all the crypto tokens in list are based on the Ethereum platform.

Here are some attributes that reiterates an ICO existence and functioning.

Huge Venture Capitalist are sure to favor ICO crypto token models against the traditional fundraising methods as mentioned earlier, the slow descent and extinction of the IPO. The reasons being, it is faster, cheaper and can give companies availability to a bigger investor base.Stock market investor from individual investors to big time hedge funds will start looking for investment opportunities outside of the traditional realms like public offerings and listed stocks. The main reason for this change being less volatile in the rating and the stock credibility has been dropping year over year. Comparatively the ICO and cryptocurrencies are highly volatile and much more profitable.

And ICO’s are generating in millions are starting to gravitate towards launching their own trading platforms or coin exchanges. As with any new concepts a lot of scams are prevailing in recent times which would come under regulations and will eventually be shut down, creating a secure and scam-free playfield for users.

Unlike the rumors out there ICO is here to stay. When we turn back to history there has been various instances where innovations which were considered to be the future or the next big thing have suffered the unpredictable crashes and falls. The very notable one’s being the dotcom bubble or the dotcom crash, which was a result of rapid rise of equity market investments in internet based companies. To the naïve user ICO might seem like the same blue print for disaster, but it is far from the truth. Most ICO’s are based on the Ethereum platform. While the Dotcom bubble burst didn’t have any market to support it, ICO have a billion people waiting to use these decentralized tools and technologies.

With the dawn of the internet age, each era has been defined by the birth and rise of innovation in the digital space. The 90’s saw the .com trend’s rise and fall, the rise of emails and chatting services. Along the timeline in the 2000’s saw the birth of e-commerce, e-learning and many other innovations which still continue to grow and thrive. Along the way it was fueled by the popularity of Mobile phones, smart phones and other mobile gadgets. The start of 2010 marked the official dawn of the cryptocurrency era.The recent decade has witnessed the cryptocurrency from taking baby step to becoming a juggernaut and has changed the trajectory of markets for the coming decade.

With the future being eminent and thriving for the ICO and cryptocurrency, it goes without saying that ‘early bird catches the worm’. With more investor attention turning towards cryptocurrencies the coming years gleam with endless possibilities.

Pioneer in handling a wide genre of Blockchain and Cryptocurrency based projects. Our Center of Excellence is attained with development and delivery of top notch Scala Blockchain solutions, Cryptocurrency and ICO, Blockchain consultation to a clientele wide spread across the globe by making sure they get the bang for their buck.

One thought on “Why would one choose ICO over IPO”